Knowing Jesus and Making Him Known

August 28, 2019
Our church is reading through the Bible in a year.   The children and I read through the old testament during the school year last year, which was arranged over 5 days a week and only during the school months.   This reading is much easier than 5-6 chapters a day allowing more time to hover over The Word.  We read it together during the week and on our own on the weekend.   The weekends, I hover!
Matthew 11 was a weekend read for me to hover over.   First, I never thought about the fact that John did not know who Jesus was.  There were no baby showers, family reunions,  or social media accounts to reacquaint those babies once they became men.   John heard about Jesus just like others.
John sent messengers to ask Jesus, "Are you the one who is to come, or shall we look for another?"
I love this!   I love that he asked and let him know I'm going to keep looking if it's not you.   John KNEW who he was looking for.
Jesus responded:
"Go and tell John what you hear …
2 comments
Read more

I do NOT complete my husband.

I am NOT his soulmate.

I am NOT his best friend.

I am NOT the one his soul longs for.

So much for a Happy Valentine's Day for us.

Jesus Christ is his soulmate.

Jesus Christ is his best friend.

Jesus Christ is whom his soul longs for.

January 24, 2019
Time for the word of the year.
I struggled with accepting this year's word of the year.  Probably because last year's brought such significant change.  But, you know what else it brought, peace.   It brought peace because as the year unfolded, I was reminded that God gave me that word for this year.  He knew the year.  He knew the changes.  He know how upside down everything would feel.
Late December, I felt like my word would be HOMELESS.   I didn't like it!!!   I was in homelessness already and it had been hard....BUT I know that I am truly in the most beautiful of homelessness.  We have a beautiful home to hide in until we have our own.  Everything we want and need is available to us.  I wake up to a beautiful view and go to sleep with the light of the moon reflecting off the earth.  This is where healing has happened for us.   But, I don't want to be here....here, as in this position.   I don't want our friends to have to sacrifice to take care of us like so…
Post a Comment
Read more

Lessons From a Roller Coaster Ride 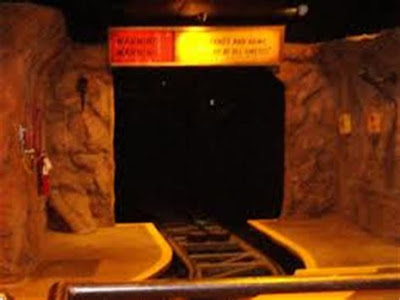 My 10-year-old niece is a thrill seeker!   She loves amusement parks and there is no ride too scary for her.   My sister enjoys them too but a brain tumor has removed her ability to enjoy them without consequences.  She can ride the rides, but she won't be able to drive the car home afterwards.   Therefore,  she packs a to-do-list and makes phone calls while my thrill-seeking-niece rides.   Dolly and I went along with them for a trip this summer.   Dolly would ride with the thrill-seeker and my sister and I could have that time together.   I got to ride some too!   It was a fun day of getting to know my sister and my quiet yet fearless niece.

My sister suggested I ride a roller coaster with the girls.   The ride beat you up, dropped you down and of course went fast.  I had to keep coaching myself to not stiffen up but to be a "wet noodle" to enjoy the ride.    One part of the roller coaster ride took a steep dive into the dark.   The ride drops through a dark tunnel and…
Post a Comment
Read more

My Journey in Denying Myself

July 15, 2018
My "word" of the year is "Deny Thyself."   Each year the Lord lays a word on my heart and I get to watch it unfold.  This year...….WOW!    Month-by-month I see this unfold.
January I was challenged to deny myself U.S. treats while we were in on furlough. So long sugar for the month of January.   Deny Thyself
In February, God called me to deny myself in the relationships with the missionary staff we lived and worked with.  Serve and honor them above myself.  Deny Thyself
March, the mission's parent organization sent in 2 representatives that told us we were going under a new parent organization.  This was a big change that came with many more changes.  Deny Thyself
April, the new organization stepped in.....it was like a step parent and we were all trying to figure out how this worked.  Deny Thyself
May, we were asked to leave the organization and the country we loved. Deny Thyself
June, we left our home, life, ministries, animals, many possessions, and friends…
Post a Comment
Read more

Why Change is Associated with Dirty Diapers 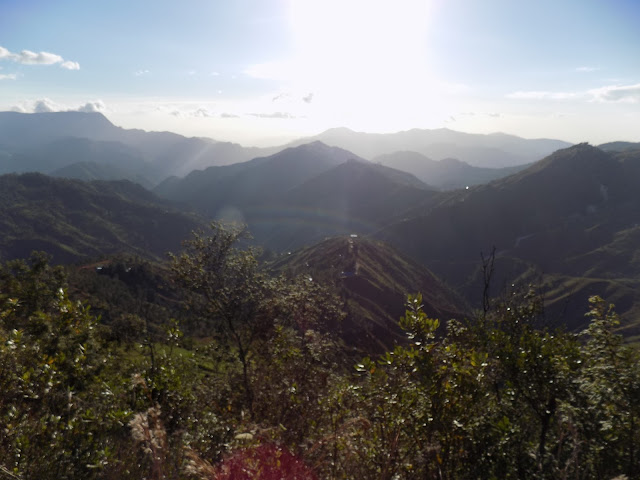 A couple of weeks ago, I posted on FB a list of blogs my head had written that week.  The thought of change and dirty diapers came to mind as change is going on at the mission and frankly, it has been hard and stinky!    It seemed to be a direct correlation to diaper changing.  At the time, the title made me smile a bit but I did not realize how big that change would be.
Only a few days shy of 4 years, our family will leave our home in the beautiful Kenscoff Mountains. We have prayed many, many times about our being here over the years as the Lord has held yet refined us through the struggles.  The Lord, knowing we were here until we heard clearly from Him,  made it crystal clear.   The mission is now under a new parent organization.   With the new direction the mission will be going, our services are no longer needed.   We will go in grace and gratitude for all the Lord has shown us here.  What a beautiful place this is...with beautiful people.
At this time, we have no definite pl…
2 comments
Read more

February 01, 2018
We have been back in country for a full week now.   The first few days were harder than I expected.  I assume it is the change in altitude and a late flight followed by an early flight that knocked me off of my feet.   I don't recall ever sleeping that hard.   (I am glad to know that I can still do it!)

We enjoyed the beauty of the snow when we were out.  The coziness of homes with  double-paned windows, insulation and heat kept us comfortable when it was cold outside.   In fact, I shared with My Dear that I was warmer at night in the states than I am in our mountain home.

Upon our return, I stood at the clothesline with a fresh appreciation for the sunshine that we were getting and how warm the blankets on the line felt.   I have stood at the clothesline many times with gratitude.  On this day, I looked at the t-shirt quilt that My Dear's mom made for Billy before our move.  It was such a precious gift for a boy who was leaving all things familiar and loved behind.   Every …
1 comment
Read more
More posts